Thanks to work by the YMCA of El Paso (the backbone organization of the Paso del Norte Health Foundation’s Shift+ initiative), El Paso has become a leading city across Texas and the nation for addressing and curbing underage drinking.

Through the efforts of YMCA and Shift+, and working with local organizations that form the Alcohol Impact Network, El Paso became the first city in Texas to adopt a social host ordinance that holds adults accountable for hosting or allowing underage drinking parties. The adoption of the ordinance came in December of 2016; the ordinance took effect in July of 2017.

Now the YMCA, working again with the Alcohol Impact Network and the Health Foundation, has another impressive effort underway to continue to bring data into the equation as it relates to underage drinking.

The YMCA staff has created a geographic information system (GIS) map that overlays police calls for service over the city’s alcohol retail outlets to have a visual representation of how alcohol outlet density and crime intersect. Mapped were a total of 89,610 calls for services for disturbance, burglary, theft, harassment, mischief, narcotics, sexual assaults and robbery; and 1,270 alcohol outlets of which 520 were off-premises (such as liquor stores) and 698 were on-premises (such as bars). The calls for service occurred between June 2015 and December 2016. 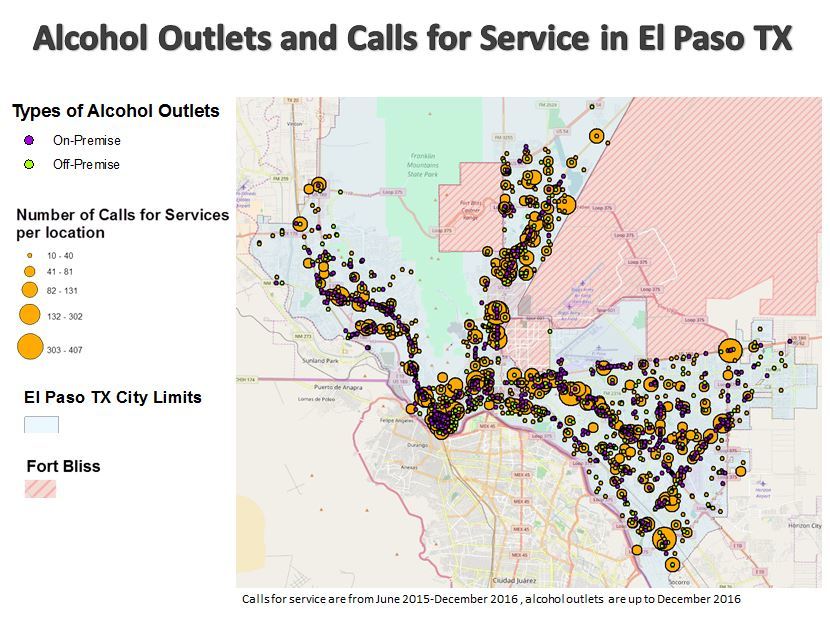 Based on a systematic review of scientific evidence on the effectiveness of regulating alcohol outlet density that was done for The Guide to Community Preventive Services (Community Guide), as well as other scientific studies, there is strong scientific evidence that addressing alcohol outlet density is one of the most effective strategies for reducing excessive alcohol consumption and related harms, says Jeremy Jordan, the YMCA’s program manager for Shift+.

“The mapping is in the final stages of development and we expect to begin network and policy analysis,” Jordan says. “The mapping so far has identified five areas of town that have high alcohol density as well as significant numbers of police calls for service.

“This data will be used to guide the Alcohol Impact Network toward the next policy steps for strategy recommendations and advocacy to address alcohol-related harms in our community.”

With data in hand, the Alcohol Impact Network has taken the areas with concentrations of outlet density and crime and conducted interviews of residents and business owners to garner feedback on the quality of life near outlets as well as first-hand observations of disturbances.

With a strategy formed through 2020, the YMCA, the Alcohol Impact Network, and the Health Foundation are poised to continue to bring strong awareness and action to the issue of underage and binge drinking. 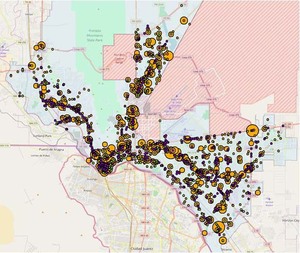