Shift+ Coalition in Luna County are one step closer to reducing substance use among young people.

For years, Luna County has had an active health council and strong coalition focused on reducing substance use among young people. That long-standing commitment from local law enforcement, public health and other community advocates paved the way for Luna County to adopt the first Social Host Ordinance in the Paso del Norte region.

A Social Host Ordinance was identified as a tool that the Paso del Norte Health Foundation’s Shift+ coalition utilized within its overall strategy to address and reduce binge drinking across the Borderplex.

Luna County Commissioners adopted their Social Host Ordinance in January, which allows for a civil penalty against the responsible adult where a gathering of underage drinking occurs. If there are repeat offenses at the same location, law enforcement can levy fines that cover the cost of law enforcement response time.

“Luna County had terrible rates of underage drinking for many years before Mr. Jackson came to the county in 2014,” Jara said. “He championed the idea when presented to him by staff. There was an effort to pass local social host ordinances about eight years ago, but there wasn’t appetite among local officials to make it happen. That changed with Mr. Jackson’s backing.”

The Paso del Norte Health Foundation got involved through its Shift+ initiative. Jana Renner, who serves as the Health Foundation’s key coordinator with the multi-county and multi-agency Shift+ coalition, says Luna County’s move is a harbinger for what’s to come as other border communities work to address not just underage drinking but binge drinking among the population as a whole.

“All communities (Otero County, Las Cruces, El Paso) are in different places in this strategy,” Renner said. “The other communities can definitely learn from Luna County’s experiences. This is especially true of the southern New Mexico counties since they have similar laws and the ordinances in each of the three counties will be very similar.”

Data collected through a Youth Risk and Resiliency Survey showed that the vast majority of underage drinking in Luna County occurred in a social setting. That data convinced Luna County that a Social Host Ordinance was the right way to go.

With the Social Host Ordinance now on the books and in force, “our next steps are pretty simple,” Jara said. Those steps are to “help the city of Deming strengthen its existing ordinances to better address underage drinking in a social setting, and educate the community to understand the county ordinance and the dangers of underage drinking.”

Luna County set the stage for other communities in the Paso del Norte region to improve local policy to reduce underage drinking and related consequences. Initiative partners in other counties are advocating for social host ordinances in their own communities as well. Meanwhile, the Shift+ team is also assessing risk factors in the retail alcohol environment and advocating for best practices and policies at the local level to reduce these risks.

“When communities send a unified message that underage drinking is unhealthy, unsafe and unacceptable, everyone benefits,” said Holly Mata, project manager for Shift+. “I think all of us are very excited that we will soon have the benefits of strong social host ordinances across several counties and municipalities.” 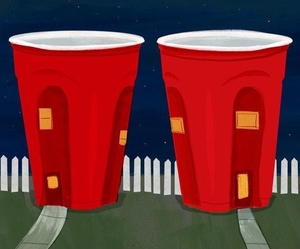