Open Enrollment to select a plan or be automatically re-enrolled in quality, affordable coverage through the Health Insurance Marketplace ended February. 15, 2015. The Enroll El Paso Coalition, comprised of local agencies, assisted El Pasoans in the process for a second year. A total of 54,117 individuals during the two open enrollment periods were signed up, adding 21,432 to last year’s count.

“I am so proud of the Enroll El Paso coalition and its’ partners. I look forward to thanking each of them and congratulating them in person February 27 in El Paso,” said Marjorie Petty, Regional Director of Health and Human Services. “Their crucial roles and dedicated efforts throughout this enrollment period contributed significantly to the 1,189, 316 Texans who signed up for quality, affordable health coverage for 2015 through the Health Insurance Marketplace.”

The Paso del Norte Health Foundation (PdNHF) supported the Enroll El Paso Coalition and the lead agency United Way of El Paso County (UWEPC) with funding to hire a professional grant writer to submit an application to the Center from Medicaid and Medicare Services (CMS): Center for Consumer Information and Insurance Oversight for a Cooperative Agreement to Support Navigators in Federally-facilitated and State Partnership Exchange. Once UWEPC was granted funding from CMS, the PdNHF provided additional funds to facilitate education and enrollment in qualified health plans through the Health Insurance Marketplace.

“The Foundation is committed to improve the health of the individuals living in El Paso County through health education, research and advocacy,” said Myrna Deckert, CEO of the PdNHF. “Our partnership with Enroll El Paso reflects our commitment to ensure that eligible residents are offered the resources, support, access and health benefits they need to live a healthy life.”

Nationwide, about 11.4 million Americans selected Marketplace plans or were automatically re-enrolled, including about 8.6 million people in the states that use the HealthCare.gov platform (such as Texas), and about 2.8 million in the state-based marketplaces based on those states’ preliminary data.

In the 37 states using HealthCare.gov, nearly 8 in 10 consumers had the option of getting covered for as little as $100 a month or less with financial assistance that lowered the cost of their monthly premium.

The data reported today are preliminary, point in time figures that could fluctuate based on consumers changing or canceling plans, having a change in status such as new job or marriage, or because of ongoing special enrollment periods. Also included in today’s figures are a number of individuals who had 2014 coverage but cannot continue Marketplace coverage in 2015 because they did not provide the necessary documentation of their citizenship or immigration status. They will be removed in future reports after their coverage ends on Feb. 28. To have their coverage effectuated, consumers need to pay their first month’s health plan premium (today’s report does not include effectuated enrollment).

MSAs are geographic areas designated by the Office of Management and Budget and have populations of at least 50,000. A number of MSAs cross state lines. In the cases where MSAs cross into states using their own enrollment platforms, only data from the portions of a MSA using the HealthCare.gov platform are included. 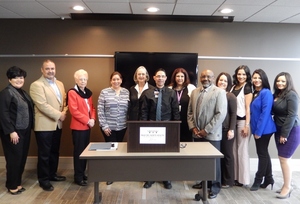