Elementary school children benefit from free play and having breaks from sitting in a classroom. Unfortunately, not all children in grades kindergarten to 5th have adequate daily recess.

Children who misbehave at school may be punished by having recess denied, despite the fact that this is usually against school policy. Other children may be deprived of recess to attend tutoring or make-up exams after being out sick, which may also be against policy. Based on the existing literature, however, recess is beneficial for both social and academic performance and should not be withheld for any purpose. Additional research indicates that giving children recess helps solve behavioral problems and can also provide a needed break so that children learn better in the afternoon. Withholding recess is counterproductive.

If your child’s recess has been withheld, I encourage you to make polite contact with the school to first understand the situation and then advocate for your child’s recess time. In some instances, faculty and administrators are not aware they are breaking school policy by denying recess to students.

There are reasons why recess may be limited. Partially in response to education policy and testing, some schools are emphasizing more class time in math, science, reading, and other tested subjects. Staffing needs and budget woes may also create problems in offering recess. Some schools administrators and faculty may also view recess as an opportunity for troublemaking and bullying.

Despite all the social, academic, and behavioral benefits of recess, there is the obvious advantage of physical activity. Obesity rates in the United States are at all time highs with about a third of children being overweight or obese. Few children want to “exercise” daily; many want to play. By offering daily recess, schools contribute to student health by offering children the opportunity to be physically active through unstructured, yet supervised, play. Even if the child is not vigorously exercising during recess, there are still significant health benefits to avoiding prolonged sedentary behavior, such as sitting at a desk.

All school districts can create, update, or enforce specific policy indicating that students in kindergarten through 5th grade receive a minimum of one 20 minute recess break daily.

School districts, with support from parents, can also write and enforce policy clearly stating that recess may not be withheld for academic or disciplinary reasons. Recess is valuable for all students regardless of their academic performance or previous classroom behavior. It is recommended that recess be considered as part of the curriculum and offered to all elementary children daily.

Elementary school is about more than academic basics. Some valuable life lessons are learned on the playground. Recess is a time to practice social and communication skills, learn about relationships, and have fun. Maybe a 4th “R” – Recess – should be emphasized in addition to the traditional reading, writing, and arithmetic. Something to think about. 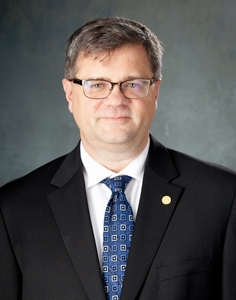 Dr. Kelly joined the Foundation in 1999. In his role as Vice President of Programs, he provides leadership for the Health Foundation’s health priority areas and supervises a talented program staff. Dr. Kelly plays a central role in Health Foundation leadership, including staffing the Allocations Committee and overseeing grantmaking. He also is instruments in designing, implementing, and evaluating Collective Impact initiatives and leading special projects. His philosophy is for all people to have the ability, environmental support, and freedom to pursue health and quality of life. He has an unsurpassed ability to predict and navigate the many complex vicissitudes in the philanthropic and population health. A native of Houston, Dr. Kelly received a Ph.D. in health education from Texas A&M University. He also holds a Masters of Education in Health Education and a B.A. in biology. He now lives in El Paso with his wife Nethia and their two sons.

Expanding the opportunity for individuals to live healthy lives

The Paso del Norte Health Foundation ended the year in 2020 with $256.3 million in assets, up from $130 million in 1995, keeping administrative expenses below 1 percent of foundation assets and bringing total grantmaking since inception to nearly $211 million.

Learn more about our contributions to expand the…